How Biofuel can Ruin your Availability

Big scare going around: more and more authorities are mandating biofuel for use in data center backup generators. While this is great in theory, it is less so in practice, as this article at Techtarget.

To illustrate what is going on, let me tell you about my own experience with my car. I am driving a 1999 Toyota Diesel, which is the fuel the Dutch government hates the most (don't worry, I'll get to the link with biofuel very soon). One day in winter, I was driving on the motorway when the car suddenly lost power. Whatever I did, it was impossible to speed up and get moving.

Luckily, I could pull over to a filling station before the car was dead in its tracks. It turned out that the cold weather (by Dutch standards, it was very cold out there, and Diesels don't like that) was the cause, because water drops had formed in the fuel of the devil. The engine did not like that, and stopped as a precaution. After cooling off (no pun intended), I was driving again.

Now this happened with a standard diesel engine. And not just any diesel engine: Toyota built some of the best engines at the time, as they perfected in the rugged Toyota Hilux. But even this engine was susceptible to this problem.

And here is the catch: chances of this happening increase a thousandfold with biofuels, because they tend te be more contaminated. And no, you cannot just park a backup generator when this happens, because it is usually the last line of defense for a data center to stay operational. So if the engine coughs on fuel imperfection, you can kiss your availability goodbye.

Needless to say that this is causing some concern, especially in some American states where biofuel is mandated. For that reason, the Uptime Institute has written a white paper on the subject. But there are more writings out there.

It ain't easy being green.

Comment by Michiel van Blommestein on August 28, 2010 at 0:19
Thanks for your comment. Yes, I am aware of 'red diesel' and that this is used mostly in the Netherlands. However, I wonder how long this can still be legally used for data center gensets. Biofuel is getting more and more popular (not without reason), so that was what I was referring to. 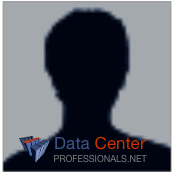 Comment by Gijs Wuyts on August 27, 2010 at 22:16
Gensets are running mostly on heating fuel (stookolie- or mazout), which has no "bio"-composition in it's standard form. It's exactly the same product as commercial diesel, but with added colorant (red) and furfural for detection. This heating fuel is significantly less taxed, but cannot be used for car engines.