DCeP - one metric to rule them all? 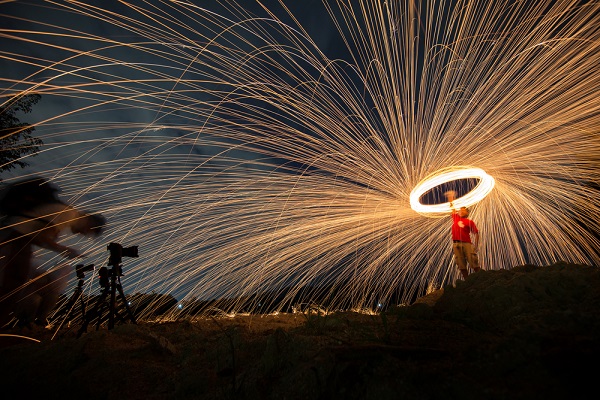 There has been a recent flurry of activity around Data Center energy Productivity (DCeP) as an efficiency metric for data centers which has been proposed by a global taskforce, consisting of the Green Grid, along with two US government agencies (the Department of Energy, and the EPA’s Energy Star initiative), Europe’s Joint Research Centre (source of the EU Code of Conduct for Data Centres) and two Japanese government bodies.

DCeP was first proposed however several years ago but has just been re-announced because it appears that GG and Global Metrics Harmonization Task Force (GMHTF) haven't come up with anything better in the meantime.

Also, as recognised in the GMHTF and Green Grid memos, DCeP is not a metric, rather it is an outline for how you might construct your own metric. It has to be this way because there is (and will be) no common, portable, fair measure of data center "work output". "Useful work" is entirely subjective and therefore each data center and each organization will have their own view of what is useful.

The good news is, you can pick your own measure, modify it with your own weighting factors and your data center can be better than everybody else, if that's what rings your bell.

Measuring "IT work" simply moves the PUE perverse incentive boundary from "keep the IT kW high to keep PUE low" over to "keep CPU load high with dummy jobs or inefficient software". This means that the ITEU type measures and those in NABERS are both failing to capture the overall behaviour along with many of the DCeP proxy suggestions. This is not the improvement on PUE the industry has been looking for. 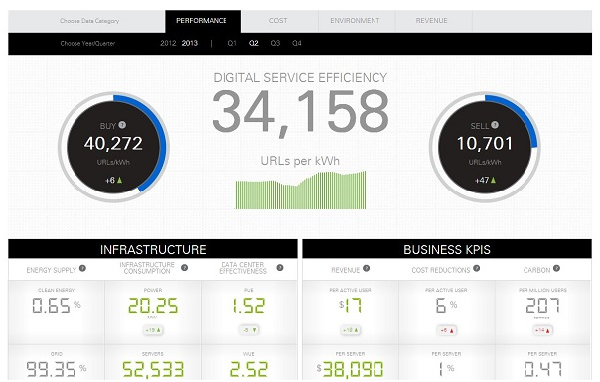 The only real measure of data center productivity is the business value delivered from the data center. Pick a few business activity measures that mean something to your organisation, look at eBay's dashboard (screenshot above) for an excellent example of how to do it. It doesn't matter if they don't capture everything you do, that is the point, pick a small list, 5-10 only of really high level indicators and stick to that.

Unfortunately for the regulators none of this is suitable for regulation, taxation or targeting so I'm sure we haven't seen the last of people trying to hammer the square peg through the round, triangular and every other shaped hole with the plan to find the "one metric to bring them all and in the darkness bind them".

There is a replacement metric, FVER, which was developed here at Romonet and has received favorable coverage within the technical media. It compares fixed energy use with variable energy use, so it encourages data center owners to reduce waste in both IT and the overhead of the center.

I will write more on this metric in the future, but in the meantime you can download the White Paper here.