There has been recent progress in the analysis of call-center data.   Call-by-call  data  from a small number  of sites  have  been  obtained  and  analyzed,  and  these  limited  results  have  proven  to  be fascinating.    In  some cases,  such  as the  characterization of the  arrival  process  and  of the  delay of arriving  calls to the  system,  conventional assumptions and models of system  performance  have been upheld.  In others, such as the characterization of the service-time distribution and of customer patience, the data have revealed fundamental, new views of the nature of the service process.  Of course, these limited studies are only the beginning, and the effort to collect and analyze call-center data can and should be expanded in every dimension in Kenya and Africa at large. 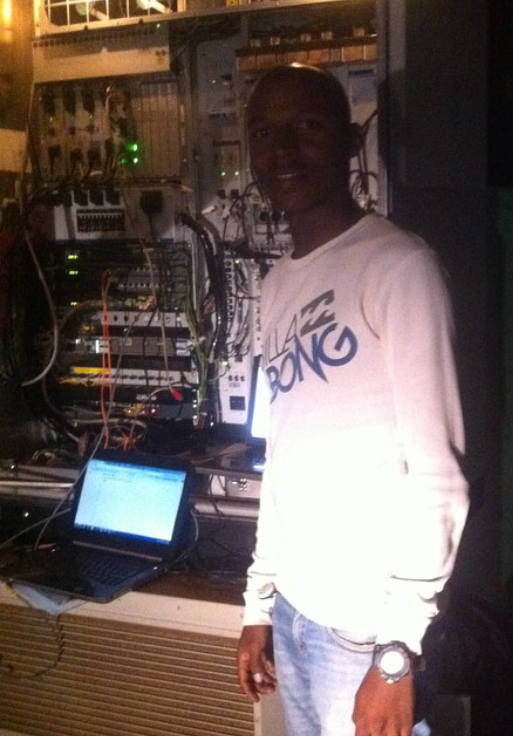 Perhaps the most pressing practical need is for improvements in the forecasting of arrival rates. For highly utilized call centers, more accurate, distributional forecasts are essential.   While  there exists  some research  that develops  methods  for estimating and  predicting  arrival  rates, I strongly believe there  is surely room for additional improvement to be made both here at home and the entire continent.  However, further development of models for estimation and prediction will depend, in part, on access to richer data sets.  Some of  us believe that much of the randomness of Poisson arrival rates may be explained by covariates that are not captured in currently available data.

Procedures for predicting waiting-times are also worth pursuing.  Field-based studies that characterize the performance of different statistics and methods would also be of value.  More broadly, there is need for the development of a wider range of descriptive models.  While a characterization of arrival  rates,  abandonment  from queue,  and  service times  are essential  for the  management  of call centers,  they constitute only a part  of the complete picture  of what goes on. For example, there exist (self ) service times  and abandonment (commonly  called “opt-out”) behavior  that arise from customer  use of IVRs.  Neither of these phenomena is likely to be the same as its CSR analogue. Similarly,  sojourn  times  and  abandonment from  web-based  services  have  not  been  examined  in multi-media centers.

Parallel, descriptive studies are also needed to validate or refute the robustness of initial findings. For example, lognormal service times have been reported in two call centers, both of which are part of retail financial services companies.   Perhaps the service-time distributions of catalogue retailers or help-desk operations have different characteristics.

Similarly, one would like to test some finding that the waiting-time messages customers hear while tele-queueing promote, rather than discourage, abandonment.

It would also be interesting to put work on abandonment (Palm, Roberts, Kort, Mandelbaum with Sakov and Zeltyn)  in perspective.  These studies provide empirical and exploratory models for (im)patience on the phone in Sweden in the 40’s, France  in the late 70’s, the U.S. in the early 80’s, Israel in the late 90’s and  now Africa(Kenya in particular under this research) in the early millennium. A systematic comparison of patience across countries, for current phone services, should be a worthy, interesting undertaking.

There is the opportunity to further develop and extend the scope of explanatory models.  Indeed, given  the  high  levels of system  utilization in  the  QED Quality  and Efficiency Driven (operational)  regime,  a  small  percentage  error  in  the forecast  of the  offered load can lead to significant,  unanticipated changes  in system  performance. In particular, the state of the art in forecasting call volumes is still rudimentary. Similarly, the fact that service times are lognormally distributed enables the use of standard parametric techniques to understand the effect of covariates on the (normally distributed) natural log of service times.

In well-run QED  call centers,  only a small fraction  of the  customers  abandon (around 1-3%), hence about  97% of the  (millions  of ) observations  are  censored.   Based on such figures, one can hardly expect any reasonable estimate of the whole patience distribution, non-parametrically at least.  Fortunately, however, theoretical analysis suggests that only the behavior of impatience near the origin is of relevance, and this is observable and analyzable.

Indeed,  call-center  data  are  challenging  the  state-of-the-art of statistics, and  new statistical techniques  seem  to  be  needed  to  support their  analysis.    Two  examples  are  the  accurate   non- parametric estimation of hazard  rates,  with  corresponding  confidence intervals,  and  the  survival analysis  of tens  of thousands, or  even  millions,  of observations, possibly  correlated   and  highly censored.

Last but certainly not least, a broader goal should be, in fact, the analysis of integrated operational, marketing, human resources, and psychological data.  That is, the analysis of these integrated data is essential if one is to understand and quantify the role of operational service quality as a driver for business success.

My experience  has  been  that both  types of data  are  very  difficult to  access,  however. One reason for this is technical. Only recently  have  the  manufacturers of telephone  equipment given customers  something  of an “off the  shelf ” ability  to capture, store,  and  retrieve  detailed,  call-by- call data.    Similarly,  the  integration of these  operational data  with  the  business  data  captured in customer  information systems  is only now becoming  widely available.   Another reason stems from confidentiality concerns; most of our Kenyan companies are rightly wary of releasing customer information.  Once managers recognize the great untapped value of these data, i believe they will employ mechanisms for preserving confidentiality in order to reap the benefit.

Ultimately, i envision a data-repository that is continuously fed by many call centers of varying types.  The collected data would be continuously and automatically analyzed, from both operations and marketing perspectives.  Then the data  would be both archived and fed back to the originating call centers,  who would use it (through visualization tools) to support ongoing operations, as well as tactical  and strategic goals.

Little imagination is required for appreciating the value of such a data-base.  As a start, its developer could become a benchmark that sets industry standards, as far as customer-service quality and call-center efficiency are concerned.  As already mentioned, such a data-base would enable the identification of success-drivers of call-center business transaction.