The Network is for Sale!!!

Thanks for joining us and taking the time to learn more about this opportunity.

The business world continues to change at a rapid pace. Social media is now an…

The following are a list of various articles, tips, post and other resources about server storage I/O performance benchmarking for legacy, virtual, cloud and software defined environments along with associated tools.… 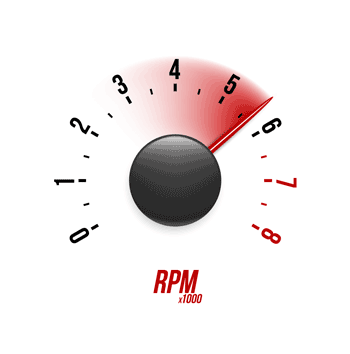 This is part-one of a two-part post pertaining Microsoft Diskspd.that is also part of a broader…

How to test your HDD, SSD or all flash array (AFA) storage fundamentals

Over at BizTech Magazine I have a new article4 Ways to Performance-Test Your New HDD or SSDthat provides a quick guide to verifying or learning what the speed characteristic of your new storage device are capable of.…

Gathering Transaction Per Minute from SQL Server and HammerDB

Gathering Transaction Per Minute from SQL Server and HammerDB

When using benchmark or workload generation tools such as HammerDB I needed a way to capture and log performance activity metrics such as transactions per minute. For example using HammerDB to simulate an application making database requests performing various transactions as part of testing an overall system solution including server and storage I/O activity. This…

In case you forgot or did not know, World Backup Day is…

The rage of web hosting services in India is consistently changing with the evolution of new and innovative technological platforms. Even, people understand the key difference between the traditional hosting techniques and improved virtual private server hosting now. They have acknowledged the restrictions of shared server hosting and shifting towards the option of…

Which server is best for your e-commerce site- Dedicated Server hosting or Other hosting? Let’s know here

At present and in the near future, the time is ripe for the businesses to enter the vast online world as it already being witnessed all over the Internet. With a great surge in E-Commerce stores, there is a paradigm shift in how people sell and buy goods & services and how it is serving as a medium of easing the process by being…

Virtual private server hosting seems like only option that strikes into the mind whenever we are asked about reliable and affordable dedicated hosting services. Indeed, it is often referred as the best combination of the shared and dedicated server that’s ruling over the heart of business owners due to the brilliant performance. Even webmasters are very obsessive to achieve success in the modern-day market of cut-throat competition, but many-a-times restrictions at financial end make them…

How To Run A Reseller Hosting Company

With the evolution of the e-world, web hosting has gained paramount importance. Every organisation or e-business venture needs to actively maintain their online presence. This is achieved through data centers in India. But the few of you who are not capable of having their own super built up high tech infrastructure, but have those ‘byte-thoughts’ can still involve in this profitable business by being a Reseller.